Today, I came across something that had me quite stumped…. well for a few minutes anyway 🙂

I was doing some tidying up of a domain, I found an OU that was incorrectly named, it was not to design. I thought, I’ll just rename it, but found that the option to do so was not available.

I took a look at the attributes of the OU, two immediately struck me as odd: 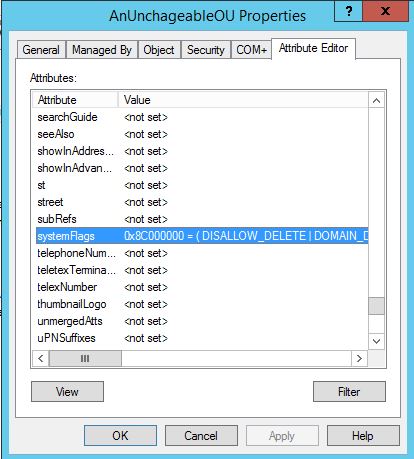 isCriticalSystemObject was set to TRUE:

Neither of these attributes could be modified, an error was thrown if attempted.

The simple answer: This OU had been set as the default location for new computer objects via redircmp