When trying something new out with FIM Development, I often see how to do it in a console app beforehand. Then once I have the process/ method worked out, I translate it into FIM code. Usually this is a very clean process and is quicker than editing the FIM code directly, then doing sync’s on individual accounts.

When I was initially looking at exporting userAccountControl values to AD, I used Jorge’s code snippet: https://jorgequestforknowledge.wordpress.com/2010/07/29/managing-the-useraccountcontrol-attribute-in-ad-by-fim/ as the basis for my code. Initially, I had some difficulty understanding the differences between the “Or’s and And’s”, so used a console app to understand what integer values the different combinations made. The list of flags can be found here: https://msdn.microsoft.com/en-us/library/windows/desktop/aa772300(v=vs.85).aspx

My userAccountControl Export code became a bit of a monster, due to the number of rules needed to match the existing configuration.

Note, that you need to add the reference to “Active DS Type Library”, else you will get squiggles under “ADS_USER_FLAG”: 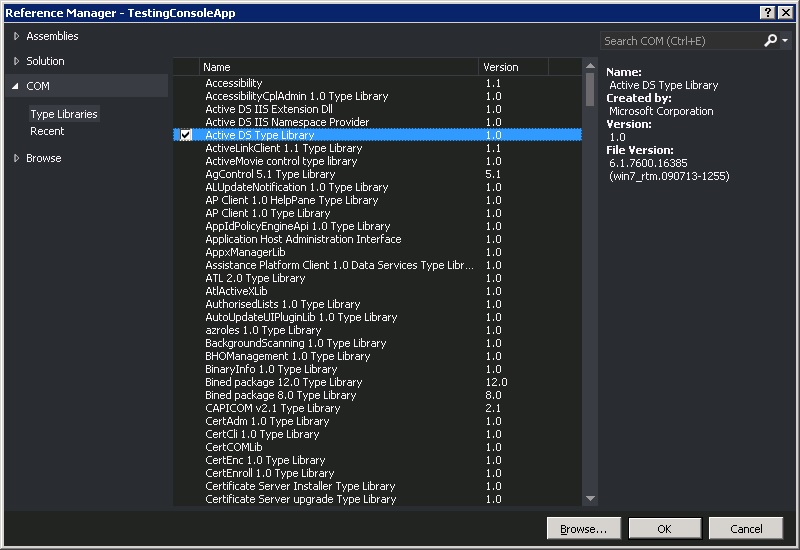